“René performed two remote vibetherapy sessions for me recently after a hospitalization, and I must say that particularly in the first session, I felt a tingling all through my body which lasted for the entire session. The next day was the best day I had experienced in over a month. I did not feel the same tingling in the second session, but I did feel better for several days afterwards. Slow but steady progress in my recovery has continued. There is no question in my mind that sound healing works, even from a distance, like prayer, and René Jenkins is a Master.” ~ Zen W.

As a Sound Healer of North American Origin, I am fulfilling a role in the Legend of the Eagle and the Condor.**
As I fulfill this destiny, I am realizing my mission of service to raise consciousness-vibration through sound.
I do the ‘work’ through a process of opening to the loving, powerful, and compassionate Forces that are eager to assist us in remembering our Divinity. Through this remembrance, we naturally resonate and restore ourselves and the Earth.

René Jenkins is a multi-instrumentalist, ceremonial sound practitioner, speaker, teacher and professional musician for over 25 years playing trombone, piano, and ancient indigenous instruments. Versed in many styles of music from big band jazz, funk, R&B, reggae, salsa, brass ensembles and pit orchestras, René has backed many established artists in the industry such as Natalie Cole, Johnny Mathis, the Temptations, Mary Wilson of the Supremes, Joe Williams, Jah Levi & Gregg Allman, to name a few. He is currently the trombonist for Dick Bright’s SRO, a 19 piece soul-rock band with a vast repertoire of music from Motown to hip-hop.

René was introduced to the Australian Didjeridu in 1993 and began offering “sound attunements” integrating music, shamanistic studies, and his desire to heal others. In January 2003, René founded VibeTherapy, a sound healing practice that employs the subtle energy principles of intention and sound for well being. René, who had begun his sound healing practice just 3 months prior to meeting his most influential teacher, Tito La Rosa, first heard Tito perform in March of 2003. Since then, René has been conducting sound healing ceremonies with ancient indigenous instruments, and sharing their historic metaphysical attributes to individuals and groups. René credits the mastery of Tito La Rosa’s work, handed down from the Q’ero elders of Cuzco, as one of the major catalysts that augment his current vocation. 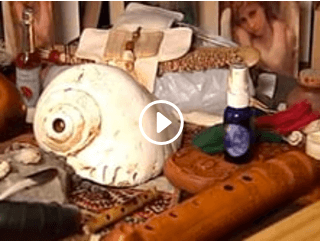 An Interview with René 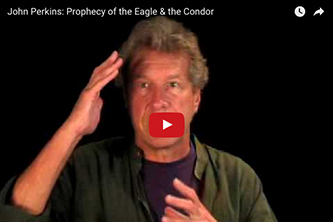 **Legend of the Eagle and the Condor 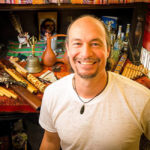